More in this section

POWERgrass is an innovative hybrid turf system that is the result of in-depth know-how from two opposing worlds, long research and great courage to go outside the box. Today we can safely say that it is the first truly hybrid system that encourages a balanced coexistence of natural and synthetic turf to support intensive play and reduce maintenance, with numerous mutual benefits. During the development of the system, we came up with increasingly cutting-edge solutions, some of them with no less than 5 invention patents certifying the innovation, but more than 30 installations are proof of its effectiveness.

An effective patent is equivalent to a PhD 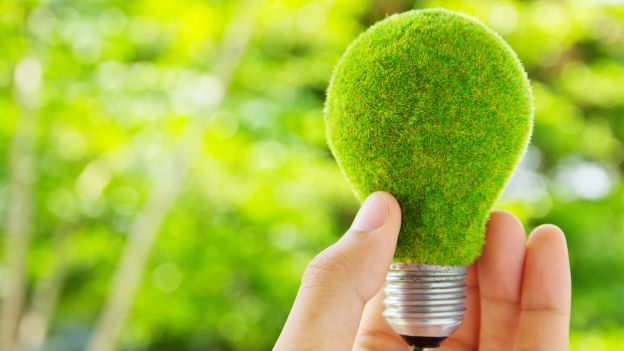 Good ideas is 50% of success

In 2011, Dr. Niko Sarris identified the solution that would soon change the way sports pitches were and are made. Despite his 20 years of experience in the field of natural and artificial grass pitches, he had to face countless problems and overcome numerous challenges to arrive at the POWERgrass hybrid system.

Dr. Sarris, aware of the value of his achievement, filed the first European patent application in early 2012 with the EPO (European Patent Office).

A year later, he will apply for the patent at the WIPO (World International Patent Office) for extension to the rest of the world, introducing new features and an alternative solution with the Woven Grass production method, which he will also file again at the EPO.

At the beginning of 2014 he will file a third patent, son of the first one, to protect an additional feature he discovered during his research.

Towards the end of 2017 he will file a fourth patent for welding the fibres to the mesh using the innovative LC-HM (Linear Coating Hot Melt) method, which will later also be used for the production of recyclable artificial grass. In November 2020, Sarris will present its fifth patent, which also includes the machinery developed for this purpose.

Patents certify that an idea is new and solves a technical problem, but successful installations are proof of effectiveness. Disseminating this solution is our mission but, often, interests are conflicting and competitors, in the absence of equivalent solutions, tend to denigrate the novelty or copy without having the know-how but, when there is evidence of the effectiveness of the systems being compared, it is difficult to deny the evidence.

Sarris has always embraced those who want to understand how his innovation works and recently, in a public debate on Linkedin, at the provocation of an internationally renowned competitor, he was open to any comparison or test as long as it was done objectively using the 'double-blind' method, but he did not want to risk it.

Sarris is not motivated by the speculative exploitation of his inventions but would like to see them become a beacon for doing business in a way that is fairer to the various social classes, in balance with the environment, emulating nature. Much of his know-how is published on this site and is freely available to anyone.

Hybrid lawns are nothing new. The first system was patented in 1990 in the Netherlands and soon afterwards, in 1993, another was patented in the United States. In Italy, they have been used several times in the San Siro, Novara, Genoa and Bergamo stadiums, as well as in the training camps of important teams such as AC Milan at the turn of the century.

In developing the POWERgrass hybrid lawn system we had to compare ourselves with the state of the art of other existing systems, understand the limitations, propose a new solution and evaluate the technical advantage it produces. Consequently, in our research we had to study the characteristics of all existing systems which, from a theoretical point of view, would be suitable for reinforcing natural grass.

The main objective of hybrid systems is to increase the wear and tear resistance of natural turfgrass. In our research we have identified three hybrid systems that have been quite successful, but only for clubs with high budgets because the cost of installation and subsequent maintenance is high.

One of the most obvious, yet underestimated by many, aspects is that grass does not grow willingly in traditional synthetic turf. It would seem to be an impossible symbiosis, which is why there is a belief that hybrid systems do not deliver what they promise and in some cases are a real 'rip-off'. Some hybrid systems work in the first period, but the benefits quickly fade. In other cases, the lawn breaks down as soon as it reaches the desired density and the weather conditions are no longer favourable for growth. Quite often, the surface becomes too hard or asphyxiated for the grass, which struggles to grow because it finds high mechanical resistance or because the root cannot breathe. The density of the turf thins out quickly and the cushioning effect is lost: players complain about the hardness of the pitch, which causes ligament problems.

Maintaining the balance to promote the growth of the turf inside the artificial turf often becomes an arduous and complex task, increasing the budget dramatically. Technicians are often forced to use Verti-Drain to break up the sandy plant layer, reseed and fertilise repeatedly.

Experience has taught us that in the systems of the past, with the same maintenance, the growing conditions of the lawn are less favourable, so the grass tends to fail quickly because the ground quickly becomes hard. However, the stability of the surface is greater and the evenness is very often impeccable because no dangerous holes are formed. These are the reasons why there is interest in further research and development of more effective solutions.

The reinforcement of natural grass has only been studied by a few people in the world because it requires in-depth expertise from two opposing worlds, that of natural grass and that of synthetic grass. The scientific community is disinterested because over-specialisation on a specific subject often leads to a loss of overall vision.

Finally, the exponential expansion of synthetic turf pitches since 2004 has not sparked an economic interest in thinking about something different. In the common imagination, synthetic turf would have provided a definitive answer regarding intensive use, player safety and low maintenance.

Environmental concerns on the part of institutions

The latest COVID-19 crisis has shone a spotlight in the direction of the environment. MEC (Minimum Environmental Criteria) standards are starting to take hold in all public works, in the new way of doing business and in our daily lives. Governments are offering substantial incentives to those who are now moving towards projects, products and business models following the principles of the circular economy. It is not enough to integrate the word "green" or "sustainable" in front of a product or process to bring it to market. It is necessary to trace its ecological footprint during its production phase, maintenance and the processes put in place of who, what, why, when and where to dispose of the waste. The costs associated with subsequent maintenance, consumption of natural resources, disposal or the production of a by-product at the end of its life cycle must also be developed and financed with the strategic aim of generating employment in circular processes and improving the environment.

The need for a hybrid turf that has a better environmental impact but at the same time offers a durable pitch and reduces maintenance, to also provide an economic interest to investors, to remedy these issues and to offer a real alternative to synthetic turf, therefore arises. Without a doubt, synthetic turf improves the number of hours of play and simplifies maintenance but, it has a negative environmental impact, which is detrimental in the absence of controls, less safety for the athletes and even distorts the quality of play.

The POWERgrass hybrid system has overcome all the limitations of the old hybrid systems, improving the growing conditions inside a specially designed synthetic turf compared to an application with the same substrate without reinforcement. The natural grass thus increases its resistance to wear and tear while at the same time protecting the artificial grass from the sun's UV rays.

The POWERgrass hybrid system consists of using synthetic grass with a specially designed, non-biodegradable, draining and breathable substrate over the entire surface. The three-dimensional structure of the backing, where the artificial yarns are well fixed, forms numerous interconnected pores that allow the roots of the lawn to breathe, penetrate and grow even below the artificial backing, in the sandy plant substrate.

Characteristics that are more unique than rare differentiate this hybrid grass from all existing mixed or reinforced grass systems!
The POWERgrass project is not just an alternative to other hybrid systems that aim to reinforce the grass in order to play a few extra hours during the playing season without tearing up the turf in professional stadiums.

The POWERgrass project, while maintaining the playing characteristics enjoyed by professionals, aims to offer a playing surface for more than 1000 hours a year, which corresponds to the market demand of almost all amateur clubs and professional training pitches, and this is possible thanks to an innovation that combines characteristics that are more unique than rare, the subject of four invention patents, which make it possible to:

The substrate for natural grass growth is made of silica sand, conforming USGA standards. In Italy, sand is present near rivers and other sites where it can be extracted naturally.

In central Italy there is a mineral containing zeolite, an excellent mineral soil improver, and compost production is widespread throughout the peninsula. By mixing soil conditioners with silica sand, it is possible to form a substrate that is suitable for lawn cultivation and resistant to trampling.

In the system, gentle cork grains are laid on top of the hybrid turf backing to soften the playing surface, reduce compaction and provide an insulating effect.

Ask for a free estimate, it's easy!

All fields are required!